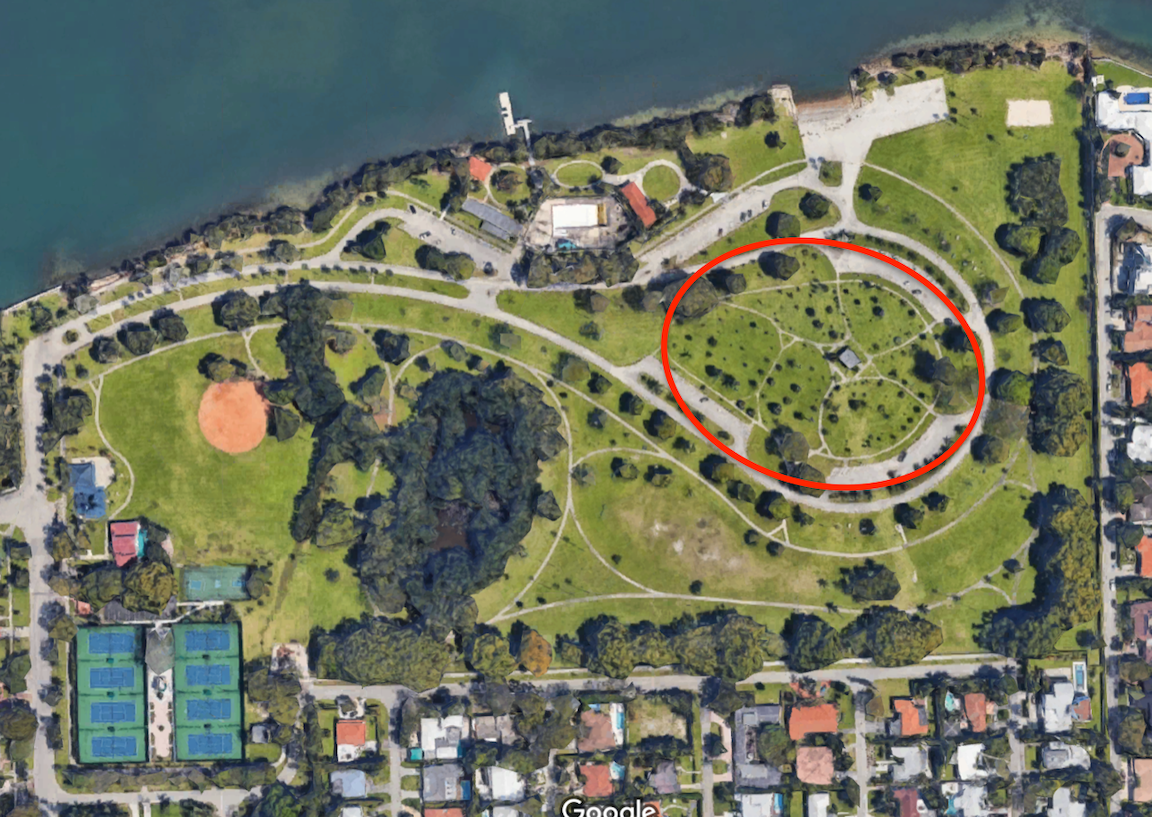 “Longtime SFPS & IPS member Elvis Cruz is the primary caretaker of the magnificent palmetum at Morningside Park in Miami, Florida. This 3-acre garden was the defining element of the park’s original design in 1953. However the palm garden was neglected over time. The South Florida Palm Society adopted this jewel in the rough, and there are now nearly 200 palms representing over 125 species. The garden is enjoyed by the entire community. Elvis regularly conducts tours for school children and local horticulturalists. Alarmingly the city is considering demolishing the ENTIRE garden.”

A public meeting will be held to discuss the fate of the Morningside Park Palmetum. If you reside in the Miami area, please try to attend and help protect this public treasure.”

For those of you who cannot attend in person, please consider expressing your support of the Morningside Park Palmetum by emailing Miami City Commissioner Ken Russell: KRussell@miamigov.com

This extract is replicated via the IPS – Volume 9.11 • Nov. 2021 • Newsletter of the International Palm Society.

One of the potential options the City of Miami is considering below. 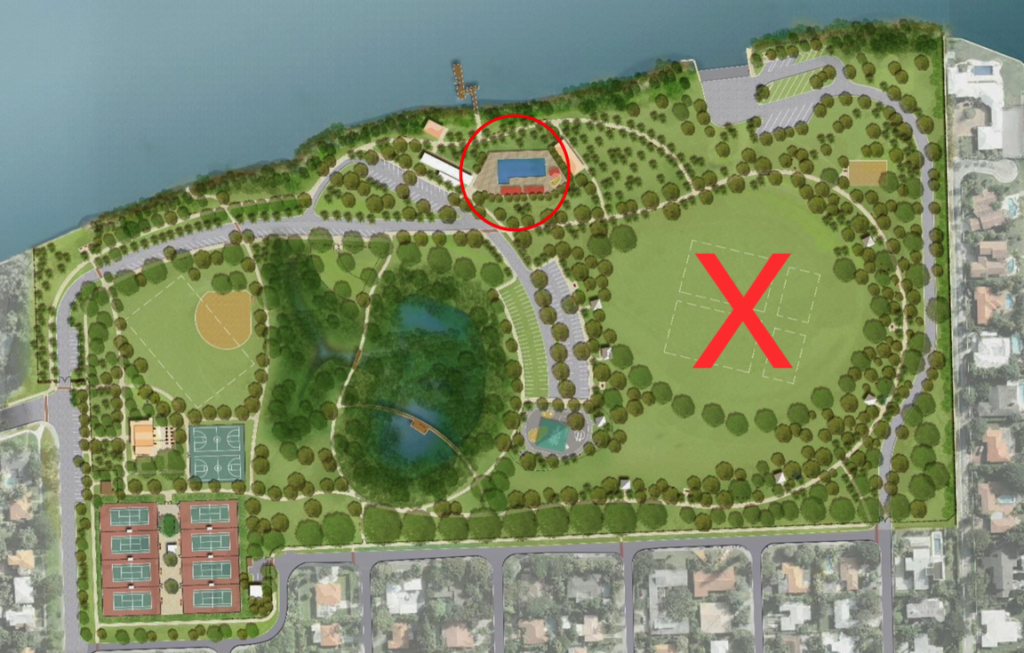 One option takes out half the loop road, four parking lots, the entire palmetum (palm garden) and the restroom, all replaced by a grass playing field.

A second option, takes out much more of the loop road, four parking lots, the palm garden and the restroom, all replaced by a grass playing field.

Another adds an entrance road along the south side of the park to the boat ramp. It’s not clear if takes out any of the big banyan Ficus trees there now.

Both of these options would be very financially wasteful, as they would demolish existing, fully functioning facilities that the public has enjoyed since 1953, then rebuild some of them elsewhere in the park.

It’s a huge waste of money both coming and going. And what would it accomplish? The City would instead have a big, grassy open playing field.

But the park already has at least six open grassy areas where sports and games are played.

At least 219 trees would be removed

The plan would take out at least 219 trees. Seven of them are huge legacy trees, at least 70 years old, with trunk diameters from 3 to 5 feet.

No longer would we have the easy, convenient parking and picnicking situation we now enjoy along the perimeter of the loop road.

The City would instead build a large parking lot near the tidal basin, which would make for a long walk carrying picnic supplies to picnic areas around the southwest perimeter of the park.

Why take out the palm garden?

The palm garden is not only an oasis of beauty with picnic tables, it has an educational component, with its informative signage and educational tours given by the South Florida Palm Society, free of charge to any group, as part of their mission statement. They have given 31 educational tours so far.

The Palm Society has donated tens of thousands of dollars worth of palms, materials and labor to improve the palm garden the City had neglected. They’ve planted 123 palms and installed an irrigation system and identification signs.

Several South Florida Palm Society (SFPS) members have said that for the City to even consider removing the palm garden, after all they’ve done, is “insulting”, “despicable” and “a slap in the face”.

One said it’s a classic example of the old saying, “No good deed goes unpunished.”

This proposal also seriously undermines the City’s credibility for future volunteer efforts or donations for City parks, especially from other plant societies and non profits.

Removing or relocating these facilities goes against the 2,100 park users who signed hard copy petitions to keep the park’s assets in place.

AN ON-LINE PETITION TO PRESERVE THE PARK’S ASSETS GATHERED 978 SIGNATURES.

A 58.82% majority of Morningside survey respondents wanted the loop road left as is.

58.44% preferred leaving the current mix of open green spaces and athletic uses left as is.

83.77% preferred having various botanical societies assist with plants in the park.

Please attend the meeting on Monday, November 29, 2021, at 6 pm at the Morningside Park community building.

The park you save might just be your own. 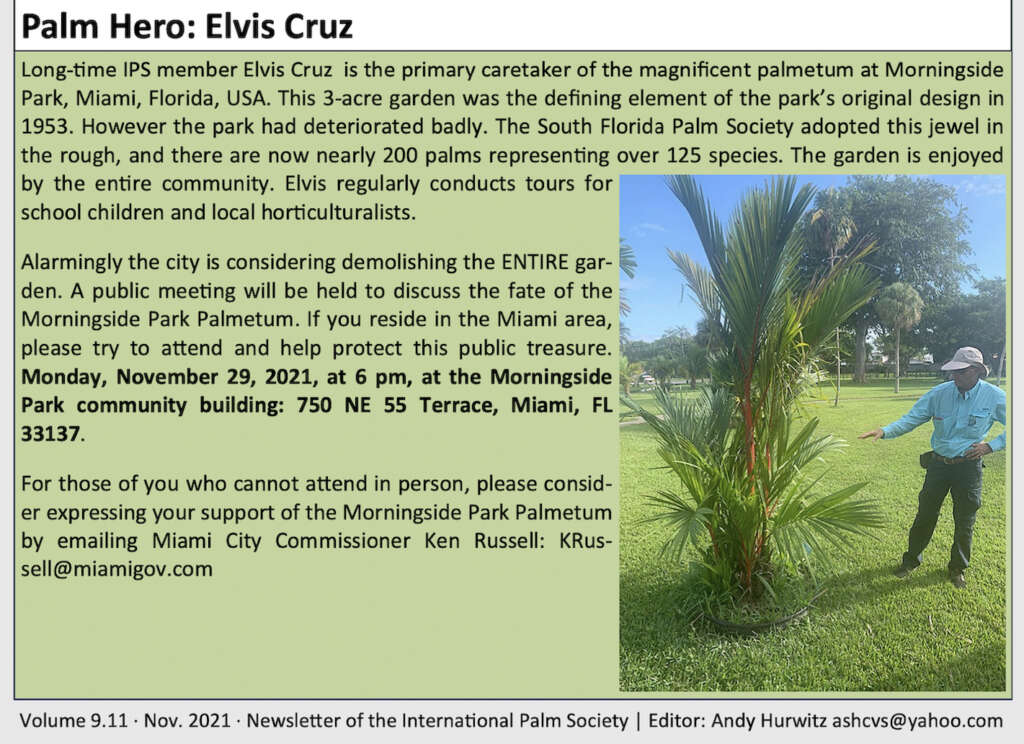 Morningside Park has featured this Palmetum since the park opened in 1953. While a dozen or so of the original 1953 plantings remain, many palms were lost to attrition over time. The South Florida Palm Society (SFPS), in agreement with the City of Miami, adopted the Palmetum and aspires to restore it to glory.

SFPS members engage in planting, irrigating, fertilizing, weeding, mulching and general maintenance of the palmetum, at no cost to the City. Rare palms have been donated by Fairchild Tropical Botanical Garden (FTBG), Montgomery Botanical Center (MBC), various commercial nurseries operated by SFPS members, and individual donations. The SFPS has also donated the identification signs for each palm, and gives educational tours of the Palmetum. 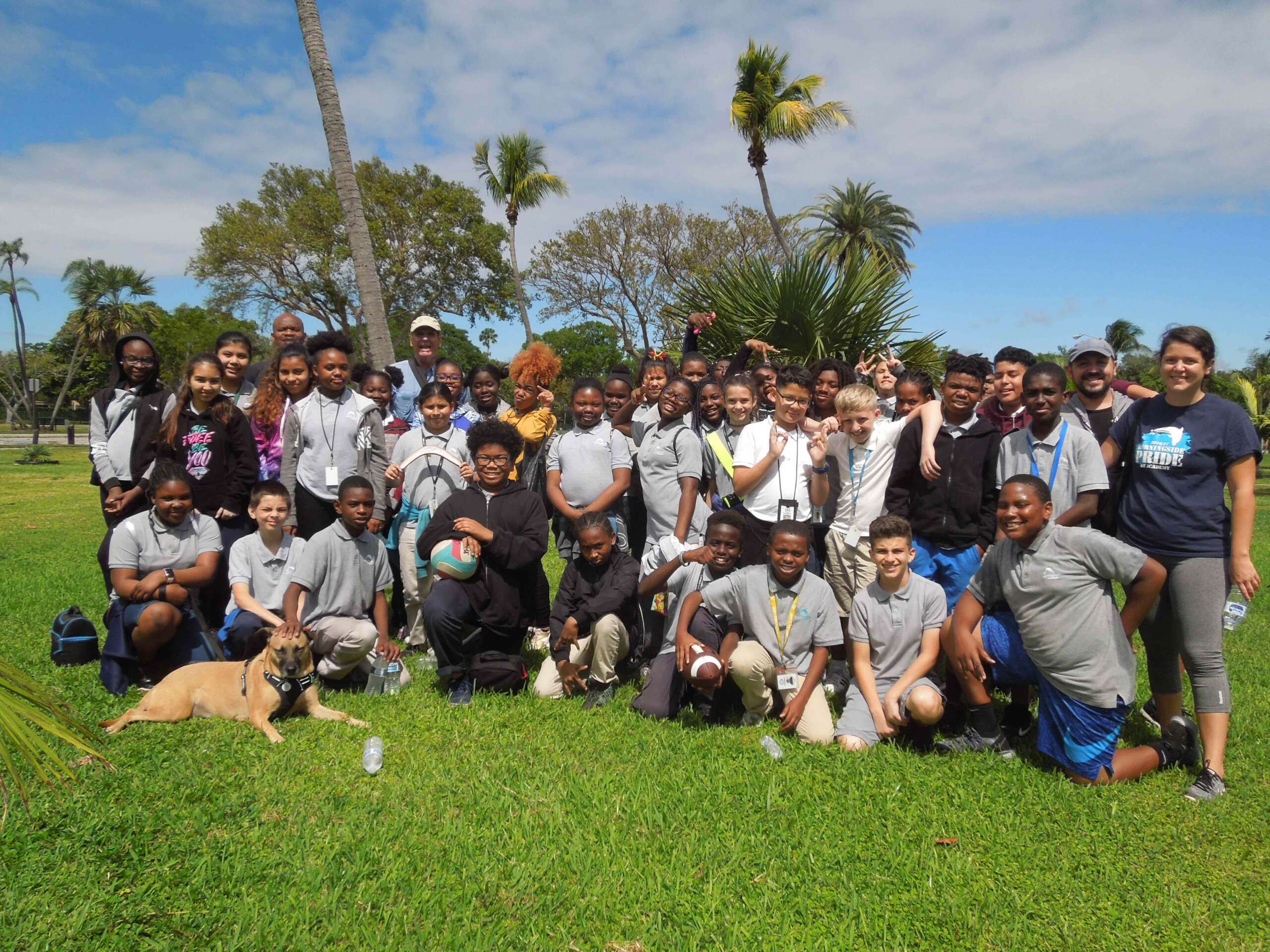 Biology students and garden club members of Morningside K-8 Academy, the local public school. The students and faculty enjoyed the tour and learned much about palms. SFPS member Elvis Cruz has conducted numerous tours of the Morningside Park Palmetum.

A group of Boy Scouts and Cub Scouts participated in the Baynanza shoreline clean-up in Morningside Park, then enjoyed a BBQ picnic and a tour of the palmetum.

Not only are these tours an educational benefit for the public, they also help preserve and protect the Palmetum by giving it a social and educational value. The SFPS is a 501C3, with education as part of its mission statement. Tours are given free of charge to the public. Contact SFPSMiami@gmail.com to schedule a tour.

The Palmetum is located in the middle of the loop road, towards the south end of the park. Visit Morningside Park at 750 NE 55th Terrace, Miami, FL 33137, just east of Biscayne Boulevard. 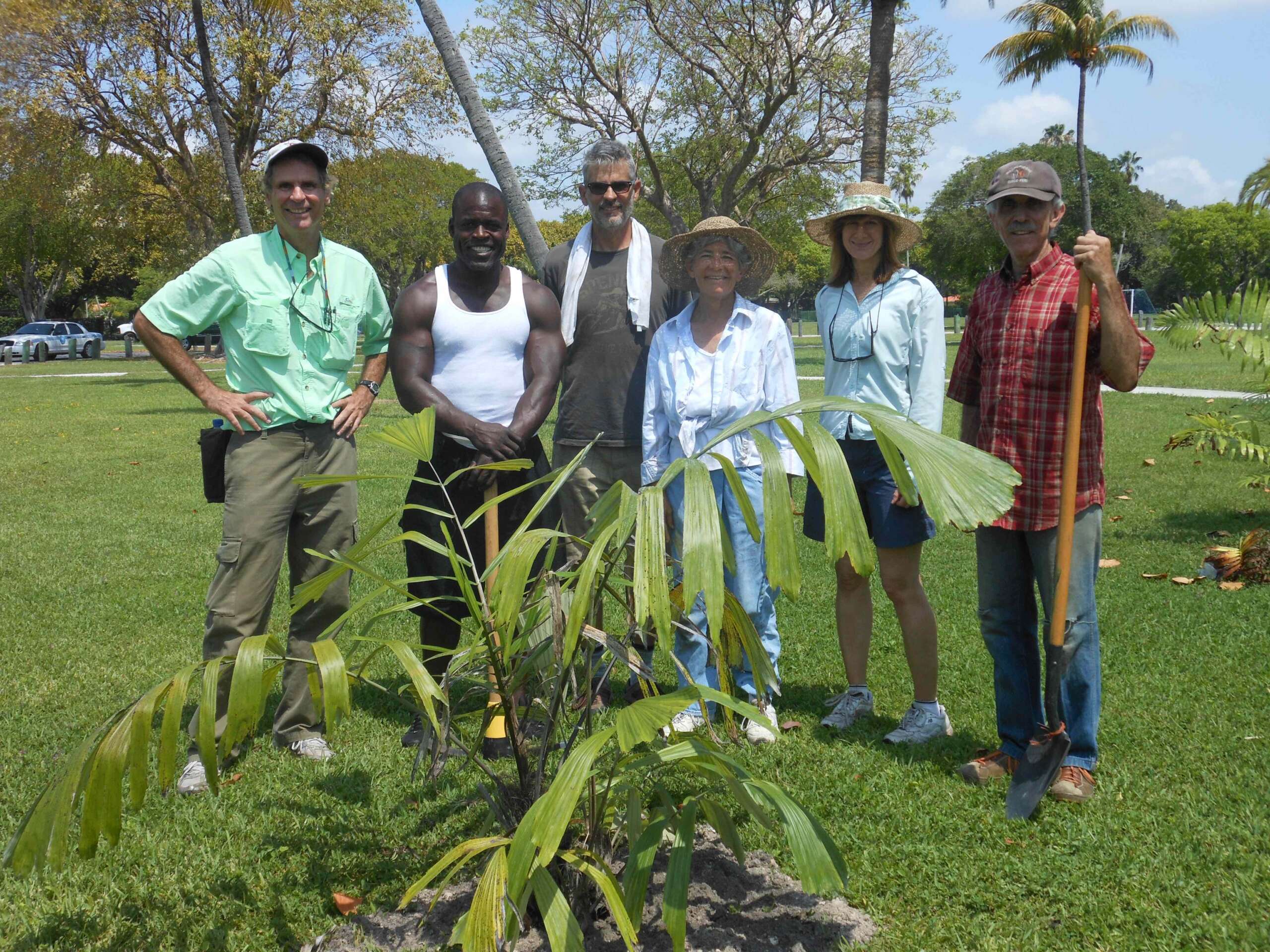