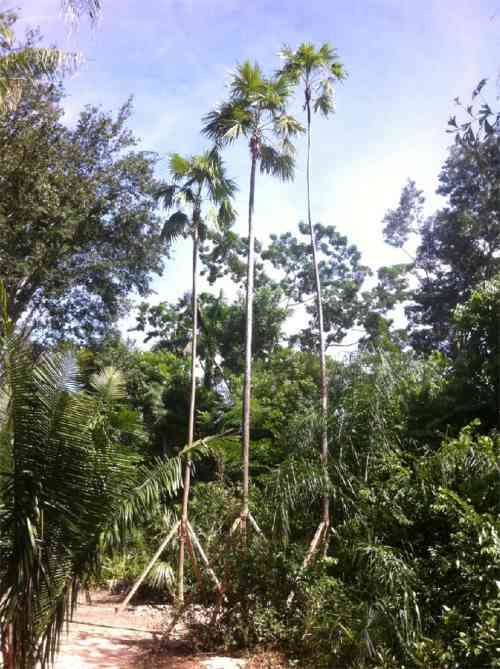 SFPS comes to the rescue!

In late March 2018 an interesting and challenging plant rescue process began to unfold. Ultimately it led to a donation of funds by the South Florida Palm Society (SFPS) to relocate four stately old palms to the Kiem Foundation. Gary Hunt, a devoted plantsman, initiated the salvage project by notifying a member of the SFPS board of directors that some 50 mature palms at a home in Miami Beach were probably going to be cut down soon to make room for an addition to the residence. He was hopeful that the club might be able to intercede to save at least some of the palms, and he thought that one worthy beneficiary might be the Kiem Foundation.

The trove consisted of many Coccothrinaxes, as well as several Ptychospermas. It also included a single Pseudophoenix, but, my, what a specimen it was — some 30 feet tall! The homeowner consulted with several tree contractors about moving and transplanting the palms. Along the way, she visited the Kiem Foundation and, impressed with what she saw, offered to donate four of her palms to the Foundation.

(The Kiem Foundation was established to carry out the intent of siblings Iris and Stanley Kiem to make their adjacent homesites available for the enjoyment of individuals and groups interested in nature. In December of 2017, roughly half of the 4.7-acre property was approved by the Miami-Dade County Commission for inclusion in its Environmentally Endandered Lands (EEL) program. The county created the EEL program in 1994 to help protect and conserve dwindling natural areas in Miami-Dade. Some parcels are owned by the county, and others are privately held.)

The homeowner in Miami Beach asked if the South Florida Palm Society might participate in the cost of extracting, transporting and replanting the Pseudophoenix and three of the tallest Coccothrinaxes. The Board of Directors passed a motion allocating $1,500 toward the work — the remaining $250 of the cost was donated by the homeowner — and on September 11, the crew of the contractor, Tom Dickinson, dug and moved the four donated palms from the residence in Miami Beach to the Kiem Foundation on the mainland. The next day the crew finished the job by bracing the trees. 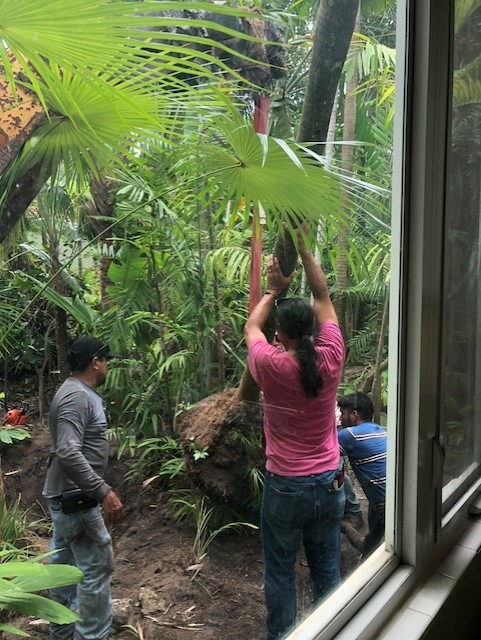 On the day of the move, a surprise awaited everyone involved: It was originally thought that that the tallest Coccothrinax was about 35 ft. high, but when the palm was in a horizontal position, an accurate measurement revealed that it was more than 47 ft high. The two ‘smaller’ Coccothrinaxes came in just a few feet shorter. 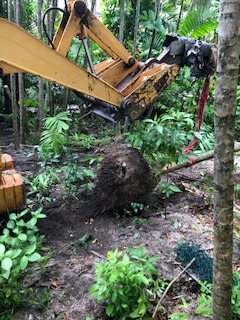 These palms have found sanctuary from destruction, thanks to the grant from the SFPS, and the initiative of their members who helped to coordinate the move.