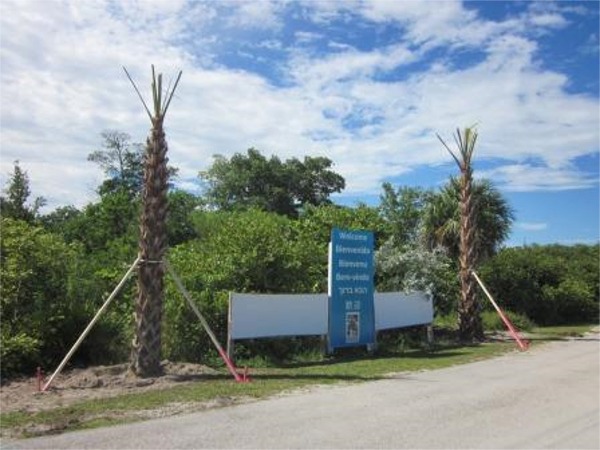 One very important component of the mission of the South Florida Palm Society is to undertake palm-related activities for the benefit of the community. Over the years that goal has been met in several ways: By setting up information tables at various forums, by furnishing physical labor to install palms in public places, and by providing funding for such things as scientific research and the purchase or donation of palms for planting around southern Florida. The latest of those efforts occurred in July 2017, when the SFPS bought and helped install 30 Sabal palmetto trees on Historic Virginia Key Beach Park in the City of Miami.

Virginia Key Beach is not just a beautiful subtropical island and significant flyway for many bird species; it also has played a major role in the social history of Miami-Dade County. In 1945 the county created a park there, designating it for exclusive use by the black residents of Dade County. All other county parks were restricted to whites. The new park was accessible only by boat from a dock on the Miami River, so any visitor who missed the last mainland-bound boat of the day had to spend the night on Virginia Key. The Rickenbacker Causeway opened in 1947, and Virginia Key Beach Park was desegregated in the 1960s. In 1979 Dade County ceded ownership of the property to the City of Miami, but that government was strapped for funds to maintain the park and closed it in 1982.

Environmentally, conditions on Virginia Key Beach deteriorated after the park’s closing. Dunes were flattened in anticipation of the private development of a golf course, but those plans never got off the drawing board. In 1999, the City of Miami commission created the Virginia Key Beach Park Trust in deference to an upwelling of opposition to commercial development, but it took until 2008 for the park to be reopened. Fortunately, by that time efforts were underway to restore the beach. The Army Corps of Engineers rebuilt the dunes and planted a large number of Sabal palmetto, the state tree of Florida. In 2007, the local organization TREEmendous Miami (TM) began a long-term – and continuing – project to restore other native vegetation to sectors of the island covering well over 20 acres. What distinguishes TM from other environmental organizations is that it not only plants trees and shrubbery, but it also maintains them on a regular basis, and that practice has continued throughout the course of its involvement with Virginia Key Beach Park. 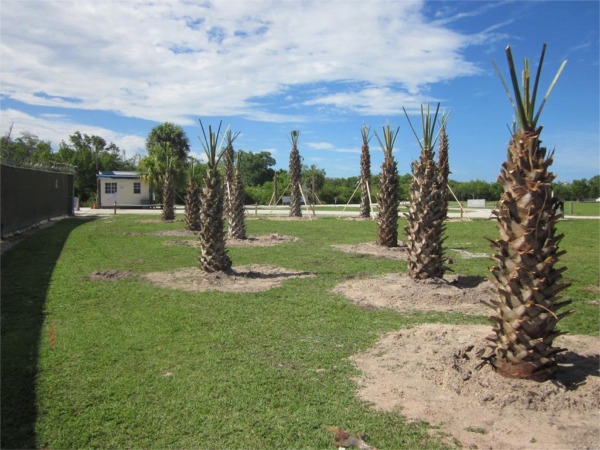 The major thrust of TM’s project in 2017 is to install landscaping along a park boundary near the admission booth. Just inland of the southwestern side of the park is a parcel containing part of the University of Miami’s Rosenstiel School of Marine and Atmospheric Science. The chain-link fence that separates that facility from the parkland is covered with green construction fabric and topped with concertina wire. TM devised a plan to soften the prison-like appearance of the fence through the use of native landscaping. The first phase of the project, conducted on July 29, involved the planting of 30 Sabal palmetto trees. In the second phase, volunteers will intersperse about 250 trees, shrubs and other flowering plants among the Sabals.

The Board of Directors of the South Florida Palm Society voted to donate $3,320 to TREEmendous Miami for the acquisition and planting of the Sabal palms, and the results are very gratifying. As promised in TM’s request for funding, twenty of the palms have about 6 ft. of wood; the other ten, 15-16 ft. of wood. The photos provide a good look at the planting area as work progressed on July 29. – SFPS, Miami, July 29, 2017

More information about Historic Virginia Key Beach Park can be found at their info website.